Stop copy-pasting text snippets from desktop apps into Google Translate and then back again when you need to translate something or trying to communicate with people in other languages! Smartcat Translator for Desktop blends into your everyday workflows, allowing you to quickly translate any text in the desktop app and have the result inserted back, not only saving you time but also improving the quality of the translation.

Smartcat Translator for Desktop is the easiest way to communicate or create content in multiple languages on the go. Create a Smartcat account and proceed as described below.

To install Smartcat Translator for Desktop on a Windows machine, complete the following procedure:

To set up Smartcat Translator, follow the UI instructions. 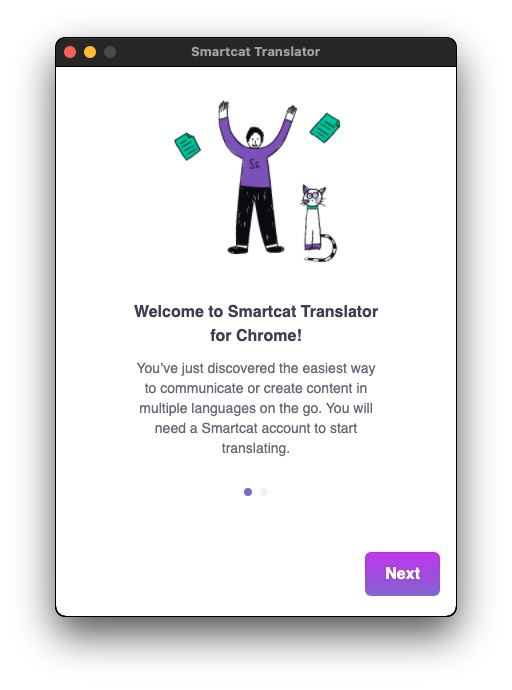 When you are inside the source text editor, use Ctrl + Enter to translate the text box contents. 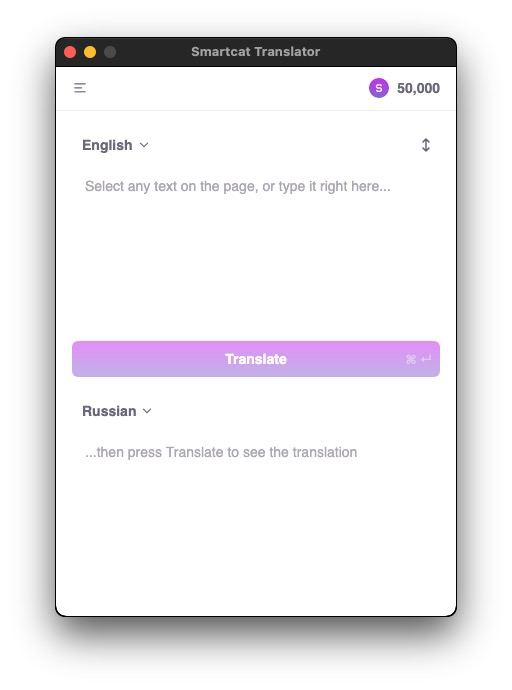 In addition to translating texts directly in this window, you can translate them in any application without losing the keyboard focus, by executing the following sequence of keystrokes:

See the Switching modes section below to learn how to simplify this down to a single keystroke.

Note that keeping your Translator window open is not necessary. You can close it and continue using the shortcuts above to perform the translation.

There are also a few handy global shortcuts: 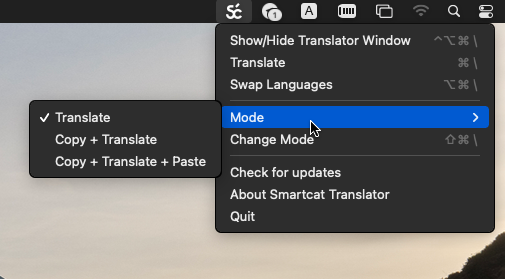 Smartcat Translator will automatically check for updates on startup. If there is a new version, a notification will be shown and the application will be updated on restart. 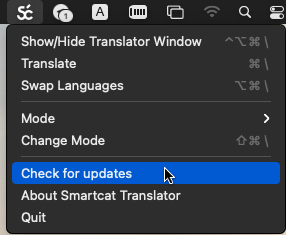 How to translate video

How to translate XLIFF file

Do you need a human-assisted guidance? 🙌